Everyone that ever met Peter Brown is grieving his departure from planet Earth this week. We know that he is in his pedestrian utopia with wide sidewalks, clear wayfinding, well-designed tree-lined streets and intersections with safe crossings. I first met Peter Brown in the 1980’s. At that time Peter was very involved with the city […]

This 4th of July was a bit sad for me. Having spent time with a number of youthful folks in the last few months, I realized that “patriotism”, “love of country” and other feelings most of us consider sacred have lessoned with newer and younger generations. Due to the ugliness of our leadership and consistent […]

Orlando. The mere mention of the word makes families smile and children (even teens) leap with excitement. The word is synonymous with Mickey Mouse and Harry Potter and family adventure. For Orlando is the town that Disney built….. My family went last summer and we had a wonderful time. We hit 6 theme parks in […] 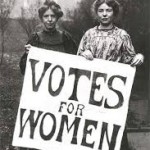 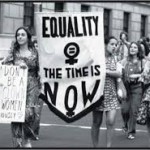 2016 started off with a bang. We ate lots of Black-eyed peas and cabbage to kick-off the year. Things were flying in January. I was working hard, eating healthier, and working new business. Lily was participating in debate and doing well at school in the second half of her Freshman year in high school. Then, […]

As early voting began this week, the question of “Who will be Mayor?” is on everyone’s minds. I’m probably asked this question a minimum of 10 times a day. It is true that historically, my gut can predict an election outcome or grasp the attitudes of the voting public. Unfortunately, for the first time in […]

Yesterday, the “C” Club made their choice in the Mayoral Election. They endorsed Bill King.  The “C” Club is a conservative organization but they have surprised folks in the past by making unexpected endorsements. Many politicos think of them as the “rational” conservatives. They are a well-respected group of conservative-leaning, mostly business-oriented members.  Here is […]

On January 7th of this year, my blog post was about HERO being a driving issue of the 2015 City Elections. Click here to review and remember. I would love to tell you that I’m a futurist or have pyschic abilities but an issue that generates this level of passion will always remain present. Just […]

The electorate is worked up about flooding and it is clearly an important issue in the 2015 Mayoral elections. Flooding in political parlance refers to “drainage.” The streets are flooding because water does not have anywhere to go. Those better building standards, drainage and public infrastructure projects will improve the potential of flooding. The issue […]