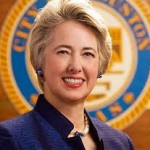 The time has come for us to start pondering the upcoming City of Houston races.  The Texas Legislature is wrapping up their work.  Congress will soon slow down for summer and the heat will rise in Houston.  Along with the rising temps will come the rise in political rhetoric.

Mayor Parker has officially announced her re-election campaign kick-off.  She has been aggressively raising money and has a staff in place to run a strong campaign.  She is taking her opponent, Ben Hall, very seriously. 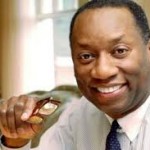 Meanwhile, Hall has also been raising money and working to shore up his base.  He is making his presence known at most major events around Houston and letting people know he is serious about his challenge to the Mayor.   He has not yet shared a definitive message and seems to be treating Parker with respect.

It’s just that Houston is genuinely thriving right now and it seems hard for Hall to say anything bad.  When national publications seem to be weekly naming the city as one of the best for food, business, young professionals, economy, and so much more.  Heck, we’re even in the top 10 for “Coolest cities” and they weren’t talking about our air conditioning.

It will be fun to watch the campaigns as they begin to define themselves separately in the coming weeks.

And, to be fair, there are a few other folks that have indicated they will run for Mayor but they will likely not be funded.

Stay tuned and we’ll keep you informed as to the latest on the mayoral campaign.