On Monday, we laid out our initial thoughts and historical patterns on the Houston Mayor’s race for 2015.

Today, we’ll look at those candidates that have given an indication they are seriously considering a run for the office or have already announced.

The “announced” or “expected” candidates include Chris Bell, Steve Costello, Oliver Pennington and Sylvester Turner. These names are listed in alphabetical order by last name. All of these candidates have been involved in politics and currently hold or have held office in the past. 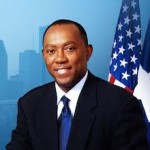 If anyone questions State Representative Sylvester Turner’s commitment to running for Mayor, please watch this video. At a soiree last week that feted his 25 years of public service in the Texas Legislature, the video debuted. It has been reported that there was not a dry eye in the room.

Rep.Turner has made two previous attempts to become Mayor of Houston. In 1991, he was the underdog candidate and helped take then incumbent Mayor Kathy Whitmire out of office. He landed in a run-off with Bob Lanier. The campaign was nail-bitingly close and Turner narrowly lost the race after a blistering television story. Turner later sued the network and won one of the largest libel cases in Texas. Though he never actually received a settlement, the case made permanent changes to libel law in Texas.

In 2003, Turner again sought the office and was considered a front runner with Orlando Sanchez. But Bill White entered the race and the rest is history.

Not to be underestimated is State Senator John Whitmire’s support for Turner. He is committed to seeing Turner elected Mayor and openly supporting and encouraging others to support him.

Is it Turner’s turn? As the Houston Chronicle has reported, he will have ample funding transferable from his legislative account to finance his race. He has put together a team of seasoned political professionals as well. Today, most of the politicos consider him a serious contender for Mayor in 2015 and many folks are calling him the “one to beat”.

Council Member Oliver Pennington who currently represents District G in west Houston has openly indicated he will run for Mayor. In fact, many folks recently received a well-done mailer from him seeking their support and here is a link to his website. He is a seasoned professional who has been involved with legislation and governance most of his career, though mostly behind the scenes. He has also assembled a talented professional team.

Pennington brings a strong base of voters with him and is a well-known Republican candidate. He also is a strong fundraiser and will likely have the money needed to make the race.

Council Member Stephen Costello has announced his intent to run for Mayor. Costello is a bit unique in that he has mostly supporter Mayor Parker’s agenda but aligns himself with the Republican side of the aisle. He has strong support from the engineering and construction community as he is an engineer himself. Costello is even-tempered and well-liked by folks at City Hall. He has also put together a professional team of advisers. 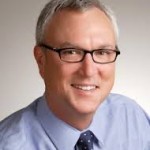 Chris Bell is a former member of City Council, a former Member of Congress and has previously run for Mayor. He has been active in Democratic politics for years and even ran for Governor against Rick Perry. Bell will have to raise considerable money to be taken seriously but he has always had an unusual group of supporters that tend to hail from outside the normal donors and political crowd. As a former radio and television reporter, he can give an inspiring speech and his dry sense of humor promises to keep the campaign trail interesting.

There may be other candidates that have announced but these are the most well-known and discussed currently.

On Friday, we will look at candidates that may be likely to run, rumored to run and those names being bandied about….